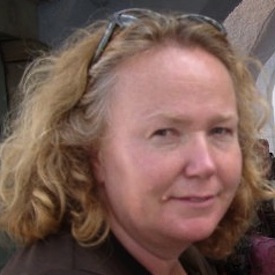 Wendy Darwin Wakeman lives in North Andover, Mass., with her husband and daughter. "Identity Theft" began as an exercise penned during Kerry Herlihy's session on secrets and lies at The Muse on Friday. Wakeman says she tidied it up in her dismal hotel room that very night and recorded it the next day.

Wakeman's flash fiction "Identity Theft" is a selection from The Drum's Third Annual MuseFlash contest, recorded at Grub Street's Muse and the Marketplace conference in May, 2013.