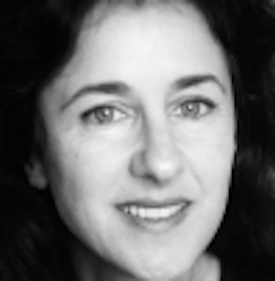 Cathi Hanauer is the author of three novels, Gone (Atria/Simon & Schuster, 2012), Sweet Ruin (Atria/Simon & Schuster, 2006), and My Sister's Bones (Delacorte, 1996), and the editor of the # 10 New York Times bestselling essay collection The Bitch in the House: 26 Women Tell the Truth about Sex, Solitude, Work, Motherhood and Marriage (Morrow/HarperCollins, 2002), which was called out in Deborah Felder's A Bookshelf of Our Own: Must-Reads for Women along with works by Mary Wollstonecraft, Jane Austen, Virginia Woolf, Grace Paley, Betty Friedan, Maxine Hong Kingston, Cynthia Ozick, Toni Morrison, and Susan Faludi. She has written articles, essays, and/or reviews for The New York Times, Elle, O, Self, Glamour, Whole Living, Mademoiselle, Parenting, Child, Redbook, and other magazines; she was the monthly books columnist for both Glamour and Mademoiselle and wrote the monthly advice column "Relating" in Seventeen for seven years. She has taught writing at The New School, in New York, and at the University of Arizona, in Tucson, as well as privately. She lives in Northampton, Massachusetts, with her husband, writer and New York Times 'Modern Love' editor Daniel Jones, and their daughter and son.

An excerpt from her novel Gone appears in the July 2014 issue of The Drum.