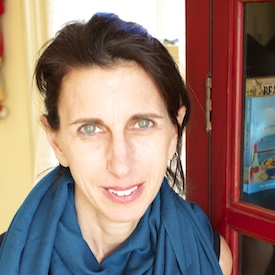 Kim Triedman is both an award-winning poet and a novelist. Her debut novel The Other Room was a finalist for the James Jones First Novel Award and was just listed as one of "The 12 Most Memorable Debuts of 2013" by Author Exposure. Kim’s poetry has been widely published and has also garnered numerous honors and awards. Two new full-length collections -- Plum(b) and Hadestown -- also released this past year. Following the 2010 earthquake in Haiti, Kim co-organized and co-chaired a collaborative poetry reading at Harvard University to benefit Paul Farmer's Partners in Health. The reading was featured on NPR’s Here and Now with Robin Young and led to the publication of a Poets for Haiti anthology, which Kim developed and edited.

An excerpt from The Other Room appears in the February 2014 issue of The Drum.

excerpt from The Other Room