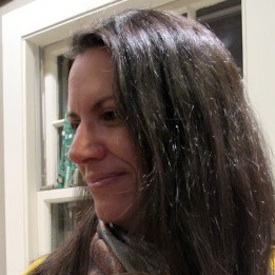 Laurie A. Jacobs received her MFA in Creative Writing in Fiction from Lesley University. She is the author of three picture books for children, the most recent of which won an award from the Gelett Burgess Foundation, and has published short fiction for young people in Cricket Magazine. She won an award in 2012 from the the Soul-Making Keats Literary Competition for one of her short stories for adults.

Her flash fiction piece "The Call" was a selection from The Drum's Third Annual MuseFlash contest, recorded at Grub Street's Muse and the Marketplace conference in May, 2013.